Showing posts with the label vortex-indicator-settings
Show all 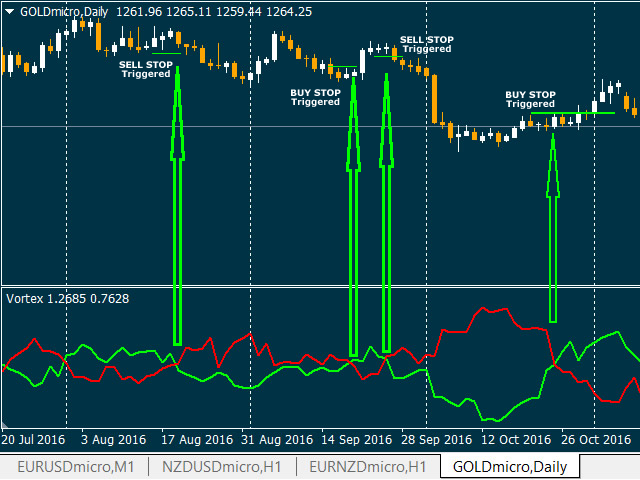 VORTEX INDICATOR   The Vortex Indicator is a technical indicator invented by Etienne Botes and Douglas Siepman to identify the start of a new trend or the continuation of an existing trend within financial markets. It was published in the January 2010 edition of Technical Analysis of Stocks & Commodities.  The Vortex Indicator was inspired by the work of an Austrian inventor, Viktor Schauberger, who studied the flow of water in rivers and turbines. Etienne Botes and Douglas Siepman developed the idea that movements and flows within financial markets are similar to the vortex motions found in water. The Vortex Indicator was also partly inspired by J. Welles Wilder's concept of directional movement, which assumes the relationship between price bars gives clues as to the direction of a market.  A vortex pattern may be observed in any market by connecting the lows of that market’s price bars with the consecutive bars’ highs, and then price bar highs with co
Post a Comment
Location: India
Read more
More posts