Showing posts with the label trailing-stop-loss-zerodha
Show all 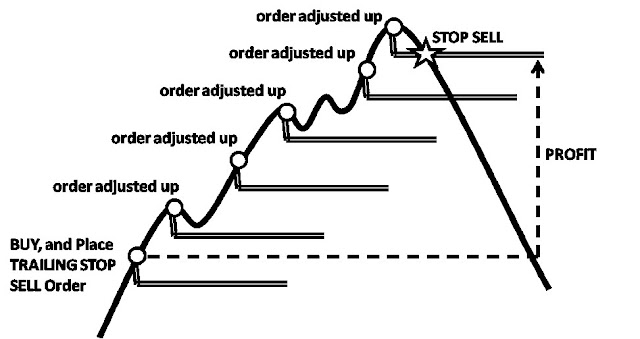 TRAILING STOPS LOSS   In the previous paragraphs, I have been mainly talking about stops when a trade moves against you. The next kind of stop relates to when the stock is moving in your direction. This is called the trailing stop. The trailing stop again can be mental or auto depending on both the methodology behind the trade as well as your reasonable ability to execute the exit. Trailing stops simply refer to moving the stop price in the direction that the stock is moving to lock in better profits. For example, if I bought a stock at 40 and it was trading at 41, I may want to trail my stop higher to 40.50 in case it pulled back. This way I won’t give up more than a Now that we’ve gone over a few of the ideas and mechanics of stops, we need to discuss the psychology behind why stops are so hard to keep for newer traders and, in some cases, experienced traders as well. I have seen so many traders in my own room and heard about many others that have ended their caree
1 comment
Location: India
Read more
More posts