WHAT ARE THE BEST TIMES TO TRADE FOR INDIVIDUAL CURRENCY PAIRS?

By rahul roy - July 24, 2019
WHAT ARE THE BEST TIMES TO TRADE FOR INDIVIDUAL CURRENCY PAIRS? 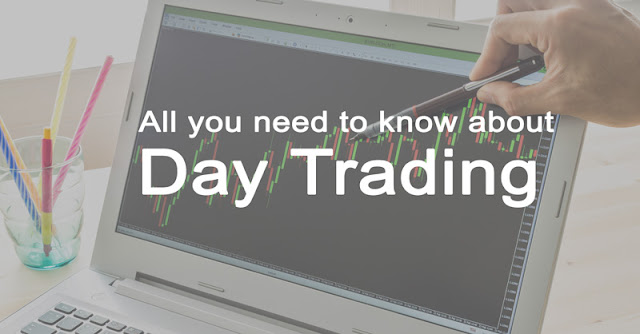 The foreign exchange market operates 24 hours a day and as a result it is impossible for a trader to track every single market movement and make an immediate response at all times. Timing is everything in currency trading. In order to devise an effective and time-efficient investment strategy, it is important to note the amount of market activity around the clock in order to maximize the number of trading opportunities during a trader’s own market hours. Besides liquidity, a currency pair’s trading range is also heavily dependent on geographical location and macroeconomic factors. Knowing what time of day a currency pair has the widest or narrowest trading range will undoubtedly help traders improve their investment utility due to better capital allocation. This chapter outlines the typical trading activity of major currency pairs in different time zones to see when they are the most volatile. Table 5.1 tabulates the average pip range for the different currency pairs during various time frames between 2002 and 2004.

FX trading in Asia is conducted in major regional financial hubs; during the Asian trading session, Tokyo takes the largest market share, followed by Hong Kong and Singapore. Despite the flagging influence of the Japanese central bank on the FX market, Tokyo remains one of the most important dealing centers in Asia. It is the first major Asian market to open, and many large participants often use the trade momentum there as the benchmark to gauge market dynamics as well as to devise their trading strategies. Trading in Tokyo can be thin from time to time; but large investment banks and hedge funds are known to try to use the Asian session to run important stop and option barrier levels.

For the more risk-tolerant traders, USD/JPY, GBP/CHF, and GBP/JPY are good picks because their broad ranges provide short-term traders with lucrative profit potentials, averaging 90 pips. Foreign investment banks and institutional investors, which hold mostly dollar-dominated assets, generate a significant amount of USD/JPY transactions when they enter the Japanese equity and bond markets. Japan’s central bank, with more than $800 billion of U.S. Treasury securities, also plays an influential role in affecting the supply and demand of USD/JPY through its open market operations. Last but not least, large Japanese exporters are known to use the Tokyo trading hours to repatriate their foreign earnings, heightening the fluctuation of the currency pair. GBP/CHF and GBP/JPY remain highly volatile as central bankers and large players start to scale themselves into positions in anticipation of the opening of the European session.

For the more risk-averse traders, AUD/JPY, GBP/USD, and USD/CHF are good choices because they allow medium-term to long-term traders to take fundamental factors into account when making a decision. The moderate volatility of the currency pairs will help to shield traders and their investment strategies from being prone to irregular market movements due to intraday speculative trades. 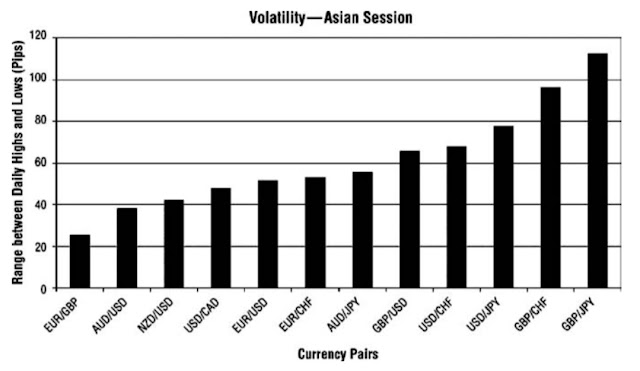