The introduction of the euro was a monumental achievement, marking the largest monetary changeover ever. The euro was officially launched as an electronic trading currency on January 1, 1999. The 11 initial member states of the European Monetary Union (EMU) were: Belgium, Germany, Spain, France, Ireland, Italy, Luxembourg, the Netherlands, Austria, Portugal, and Finland. Greece joined two years later. Each country fixed its currency to a specific conversion rate against the euro, and a common monetary policy governed by the European Central Bank (ECB) was adopted. To many economists, the system would ideally include all of the original 15 European Union (EU) nations, but the United Kingdom, Sweden, and Denmark decided to keep their own currencies for the time being. Euro notes and coins did not begin circulation until the first two months of 2002. In deciding whether to adopt the euro, EU members all had to weigh the pros and cons of such an important decision.

While ease of traveling is perhaps the most salient issue to EMU citizens, the euro also brings about numerous other benefits:

Yet the euro is not without its limitations. Leaving aside political sovereignty issues, the main problem is that, by adopting the euro, a nation essentially forfeits any independent monetary policy. Since each country’s economy is not perfectly correlated to the EMU’s economy, a nation might  find the ECB hiking interest rates during a domestic recession. This is especially true for many of the smaller nations. As a result, countries try to rely more heavily on fiscal policy, but the efficiency of fiscal policy is limited when it is not effectively combined with monetary policy. This inefficiency is only further exacerbated by the 3 percent of GDP limit on budget deficits, as stipulated by the Stability and Growth Pact.

Some concerns also exist regarding the ECB’s effectiveness as a central bank. While its target inflation is slightly below 2 percent, the euro area’s inflation edged above the benchmark from 2000 to 2002, and has of late continued to surpass the self-imposed objective. From 1999 to late 2002, a lack of confidence in the union’s currency (and in the union itself) led to a 24 percent depreciation, from approximately $1.15 to the dollar in January 1999 to $0.88 in May 2000, forcing the ECB to intervene in foreign exchange markets in the last few months of 2000. Since then, however, things have greatly changed; the euro now trades at a premium to the dollar, and many analysts claim that the euro will someday replace the dollar as the world’s dominant international currency. 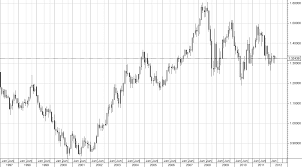 There are 10 more members slated to adopt the euro over the next few years. The enlargement, which will grow the EMU’s population by one-fifth, is both a political and an economic landmark event: Of the new entrants, all but two are former Soviet republics, joining the EU after 15 years of restructuring. Once assimilated, these countries will become part of the world’s largest free trade zone, a bloc of 450 million people. Consequently, the three largest accession countries, Poland, Hungary, and the Czech Republic—which comprise 79 percent of new member combined GDP—are not likely to adopt the euro anytime soon. While euro members are mandated to cap fiscal deficits at 3 percent of GDP, each of these three countries currently runs a projected deficit at or near 6 percent. In a probable scenario, euro entry for Poland, Hungary, and the Czech Republic are likely to be delayed until 2009 at the earliest. Even smaller states whose  economies at present meet EU requirements face a long process in replacing their national currencies. States that already maintain a fixed euro exchange rate—Estonia and Lithuania—could participate in the ERM earlier, but even on this relatively fast track, they would not be able to adopt the euro until 2007.

The 1993 the Maastricht Treaty set five main convergence criteria for member states to join the EMU.