By rahul roy - July 20, 2019
FOREIGN EXCHANGE-
THE FASTEST-GROWING MARKET OF OUR TIME 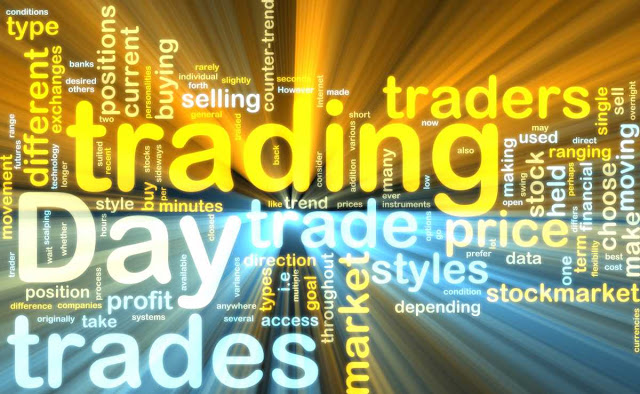 Over the past few years, currencies have become one of the most popular products to trade. No other market can claim a 71 percent surge in volume over a three-year time frame. According to the Triennial Central Bank Survey of the foreign exchange market conducted by the Bank for International Settlements and published in October 2007, daily trading volume hit a record of $3.2 trillion, up from $1.9 trillion in 2004. This is estimated to be approximately 20 times larger than the daily trading volume of the New York Stock Exchange and the Nasdaq combined. Although there are many reasons that can be used to explain this surge in activity, one of the most interesting is that the timing of the surge in volume coincides fairly well with the emergence of online currency trading for the individual investor.

It is not the advent of online currency trading alone that has helped to increase the overall market’s volume. With the volatility in the currency markets over the past few years, many traders are also becoming more aware of the fact that currency movements also impact the stock and bond markets. Therefore, if stocks, bonds, and commodities traders want to make more educated trading decisions, it is important for them to follow the currency markets as well. The following are some of the examples of how currency movements impacted stock and bond market movements in the past.

For stock market traders, particularly those who invest in European corporations that export a tremendous amount of goods to the United States, monitoring exchange rates are essential to predicting earnings and corporate profitability. Since 2003, European manufacturers have complained extensively about the rapid rise in the euro and the weakness in the U.S. dollar. The main culprit for the dollar’s sell-off has been the country’s rapidly growing trade and budget deficits. This caused the EUR/USD (euroto-dollar) exchange rate to surge, which took a significant toll on the profitability of European corporations because a higher exchange rate makes the goods of European exporters more expensive to U.S. consumers. In 2003, inadequate hedging shaved approximately 1 billion euros from Volkswagen’s profits, while Dutch State Mines (DSM), a chemicals group, warned that a 1 percent move in the EUR/USD rate would reduce profits by between 7 million and 11 million euros. Unfortunately, inadequate hedging is still a reality in Europe in 2008, which makes monitoring the EUR/USD exchange rate even more important in forecasting the earnings and profitability of European exporters.

Traders exposed to Japanese equities also need to be aware of the developments that are occurring in the U.S. dollar and how they affect the Nikkei rally. Japan has recently come out of 10 years of stagnation. During this time, U.S. mutual funds and hedge funds were grossly underweight Japanese equities. When the economy began to rebound, these funds rushed in to make changes to their portfolios for fear of missing a great opportunity to take advantage of Japan’s recovery. Hedge funds borrowed a lot of dollars in order to pay for increased exposure, but the problem was that their borrowings are very sensitive to U.S. interest rates and the Federal Reserve’s monetary policy tightening cycle. Increased borrowing costs for the dollar could derail the Nikkei’s rally because higher rates will raise the dollar’s financing costs. Yet with the huge current account deficit, the Fed might need to continue raising rates to increase the attractiveness of dollar-denominated assets. Therefore, continual rate P1: JYS c01 JWBK299-Lein September 15, 2008 17:39 Printer: Yet to come Foreign Exchange—The Fastest-Growing Market of Our Time 3 hikes coupled with slowing growth in Japan may make it less profitable for funds to be overleveraged and overly exposed to Japanese stocks. As a result, how the U.S. dollar moves also plays a role in the future direction of the Nikkei.

In terms of bonds, one of the most talked-about men in the history of the FX markets is George Soros. He is notorious for being “the man who broke the Bank of England.” but in a nutshell, in 1990 the U.K. decided to join the Exchange Rate Mechanism (ERM) of the European Monetary System in order to take part in the low-inflationary yet stable economy generated by the Germany’s central bank, which is also known as the Bundesbank. This alliance tied the pound to the deutsche mark, which meant that the U.K. was subject to the monetary policies enforced by the Bundesbank. In the early 1990s, Germany aggressively increased interest rates to avoid the inflationary effects related to German reunification. However, national pride and the commitment of fixing exchange rates within the ERM prevented the U.K. from devaluing the pound. On Wednesday, September 16, 1992, also known as Black Wednesday, George Soros leveraged the entire value of his fund ($1 billion) and sold $10 billion worth of pounds to bet against the Exchange Rate Mechanism. This essentially “broke” the Bank of England and forced the devaluation of its currency. In a matter of 24 hours, the British pound fell approximately 5 percent or 5,000 pips. The Bank of England promised to raise rates in order to tempt speculators to buy pounds. As a result, the bond markets also experienced tremendous volatility, with the one-month U.K. London Interbank Offered Rate (LIBOR) increasing 1 percent and then retracing the gain over the next 24 hours. If bond traders were completely oblivious to what was going on in the currency markets, they probably would have found themselves dumbstruck in the face of such a rapid gyration in yields.