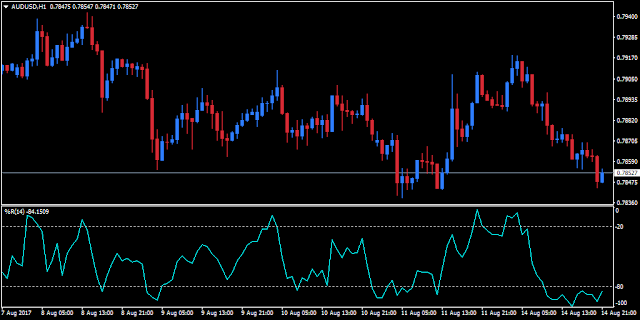 Most popularly stochastic indicator is used in two ways :

It is clearly visible that in most of the cases prices have corrected from overbought zone and similarly prices have rallied from  oversold zone.

B. Look for Divergences- Divergences are of two types i.e. positive and negative. 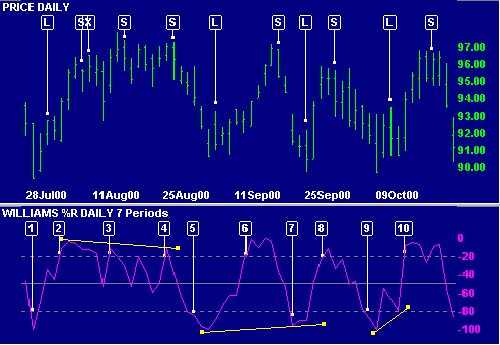 A. Positive divergence : are formed when price makes new low, but William % R fails to make new low. This divergence suggests a reversal of trend from down to up. This would be clearer from figure .

B. Negative divergence : are formed when price makes new high, but William % R fails to make new high. This divergence suggests a reversal of trend from up to down. This would be clearer from figure .