Wilder’s RSI is a commonly used lagging indicator. When you combine it with time-segmented volume and the right parameters, it becomes a very powerful not to mention one of my favorite indicators along with the ease to movement indicator.

I had a hard time using RSI alone to identify when to buy and sell. No matter what number I inserted, I just couldn’t find good entry and exit points. That was part of my impetus for creating the combined RSI  indicator, which has proven to be very successful for me. RSI  can also help you identify when to exit a trade.

The Relative Strength Index (RSI) is a technical indicator used in the technical analysis of financial markets. It is intended to chart the current and historical strength or weakness of a stock or market based on the closing prices of a recent trading period. The indicator should not be confused with relative strength.

The RSI is classified as a momentum oscillator, measuring the velocity and magnitude of directional price movements. Momentum is the rate of the rise or fall in price. The RSI computes momentum as the ratio of higher closes to lower closes: stocks which have had more or stronger positive changes have a higher RSI than stocks which have had more or stronger negative changes. 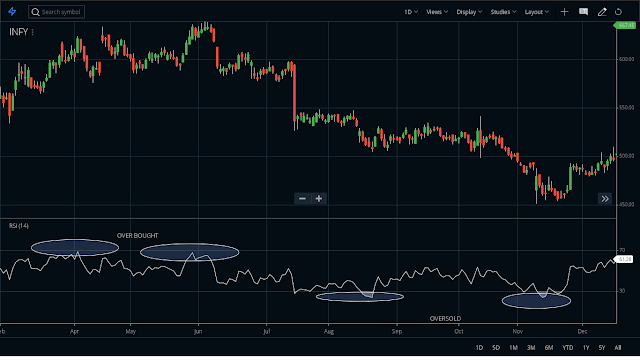 Wilder thought that "failure swings" above 70 and below 30 on the RSI are strong indications of market reversals. For example, assume the RSI hits 76, pulls back to 72, then rises to 77. If it falls below 72, Wilder would consider this a "failure swing" above 70. 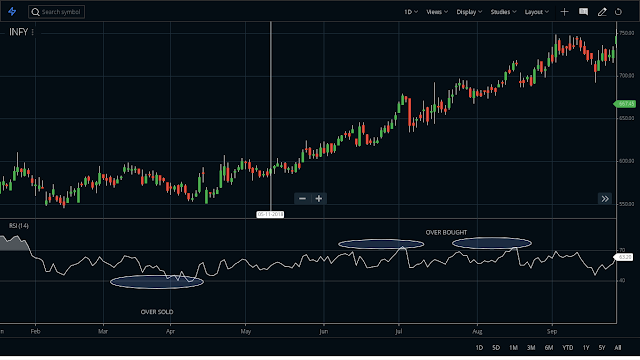 The RSI moves down during periods of declines decline. It usually finds support around 40. Now, in one such decline, the RSI crosses 40 and finds support around 30. A zone shift has taken place. This is one of the first signs that the market may be shifting from a bullish to bearish environment. 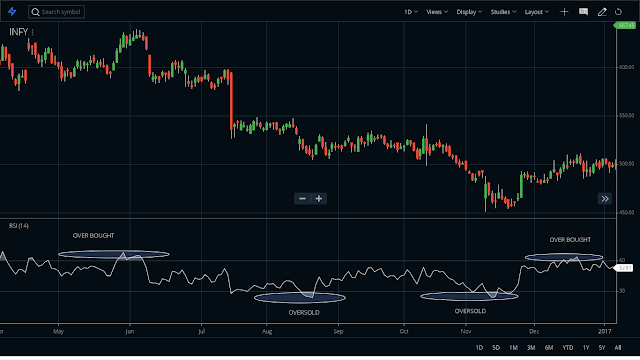 The RSI falls and finds support between 20 to 30. During a decline, the RSI falls but finds support around 40. This may be a sign that the market is changing from bearish to bullish. This is also an example of zone shift.