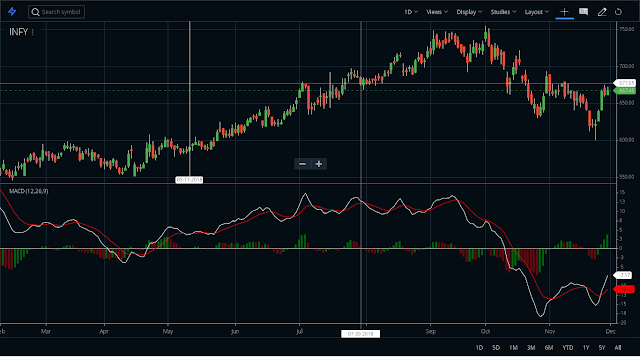 The MACD does not completely fall into either the trend-leading indicator or trend following indicator; it is in fact a hybrid with elements of both. The MACD comprises two lines, the fast line and the slow or signal line. These are easy to identify as the slow line will be the smoother of the two.

The MACD is a computation of the difference between two exponential moving averages (EMAs) of closing prices. This difference is charted over time, alongside a moving average of the difference. The divergence between the two is shown as a histogram or bar graph. Exponential moving averages highlight recent changes in a stock's price. By comparing EMAs of different periods, the MACD line illustrates changes in the trend of a stock. Then by comparing that difference to an average, an analyst can chart subtle shifts in the stock's trend. Since the MACD is based on moving averages, it is inherently a lagging indicator. As a metric of price trends, the MACD is less useful for stocks that are not trending or are trading erratically. Note that the term "MACD" is used both generally, to refer to the indicator as a whole, and specifically, to the MACD line itself. 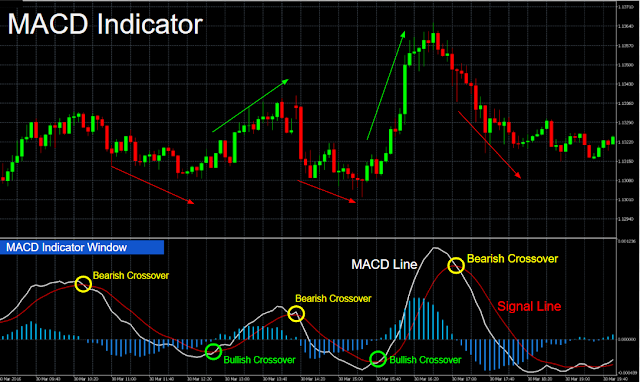 The MACD proves most effective in wide-swinging trading markets. We will fi rst consider the use of the two MACD lines. The signals to go long or short are provided by a crossing of the fast and slow lines. The basic MACD trading rules are as follows:
• Go long when the fast line crosses above the slow line.
• Go short when the fast line crosses below the slow line.
These signals are best when they occur some distance above or below the reference line. If the lines remain near the reference line for an extended period as usually occurs in a sideways market, then the signals should be ignored. 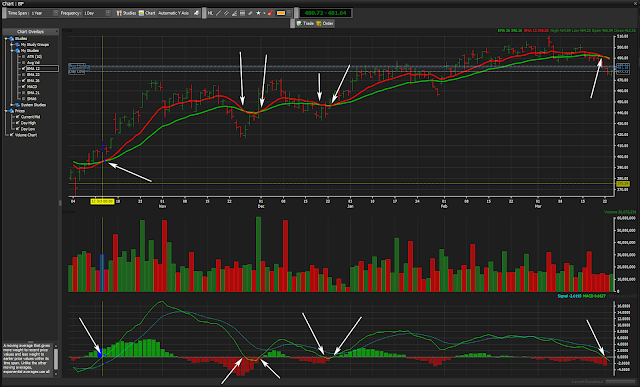 An indication that an end to the current trend may be near occurs when the MACD diverges from the security. A positive divergence occurs when MACD begins to advance and the security is still in a downtrend and makes a lower reaction low. MACD can either form as a series of higher lows or a second low that is higher than the previous low. Positive divergences are probably the least common of the three signals, but are usually the most reliable and lead to the biggest moves.

it is a default setting  but you can change setting  by your choice.