Triple top and triple bottom are reversal chart patterns used in the technical analysis of stocks, commodites, currencies, and other assets. 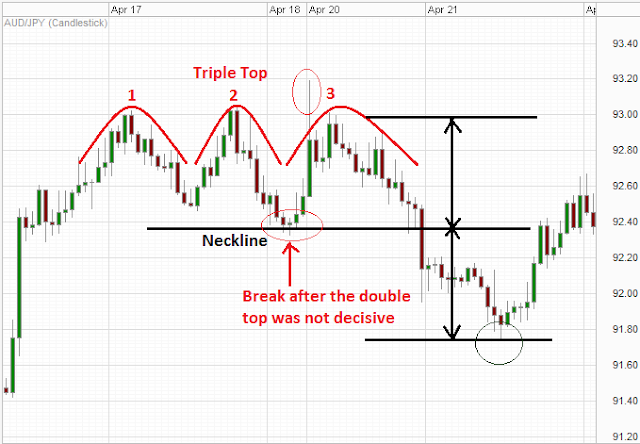 The formation of triple tops is rarer than that of double tops in the rising market
trend. The volume is usually low during the second rally up and lesser during the
formation of the third top. The peaks may not necessarily be spaced evenly like
those which constitute a Double top. The intervening valleys may not bottom out at exactly the same level, i.e. either the first or second may be lower. The triple top is confirmed when the price decline from the third top falls below the bottom of the lowest valley between the three peaks. 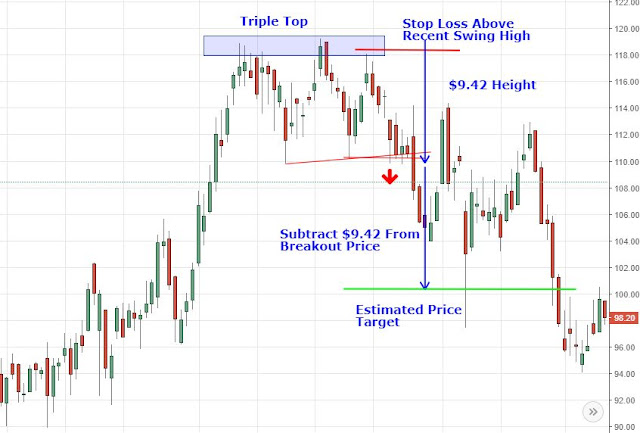 There are several different trading strategies that can be employed to take advantage of this formation. Of course, first and second peaks are perfect point to place sell orders. After the Double top has been confirmed and if prices are moving up again with low volume, it is an opportune point to sell. One can sell short with a stop (calculated loss) above the highest peak of the Double Top. The next opportune point to sell would be after a Triple top has formed and a fourth top is being formed at the lower level. 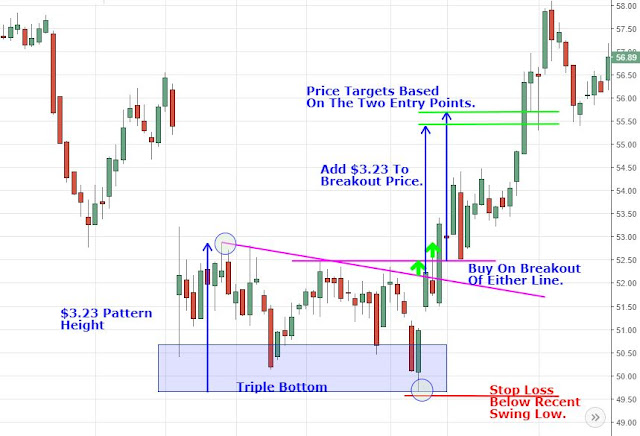