Triangles are a commonly found in the price charts of financially traded assets stocks, bonds, futures, etc. The pattern derives its name from the fact that it is characterized by a contraction in price range and converging trend lines, thus giving it a triangular shape. ascending and descending triangle chart pattern are horizontal trend line drawn across the minor highs and an up-sloping trend line connecting the minor lows form the characteristic triangular pattern. Volume diminishes as   prices bounce between resistance at the top and support at the bottom. A premature breakout gives a hint of the coming action; less than two weeks later, prices break out again and move higher.

The ascending triangle is formed when the market makes higher lows and the same level highs. These patterns are normally seen in an uptrend and viewed as a continuation pattern as buying demand gain more and more control, running up to the top resistance line of the pattern. While you normally will see this pattern form in an uptrend, if you do see it in a downtrend it should be paid attention to as it can act as a powerful reversal signal. The chart below offers an example of an ascending triangle.


The shape of the ascending triangle suggests prices will rise, but how far? If you compute the height of the formation and add the result to the price of the horizontal trend line, the result is the minimum predicted price. This is called the measure rule. For downward breakouts, subtract the triangle height from the breakout price to get the target. 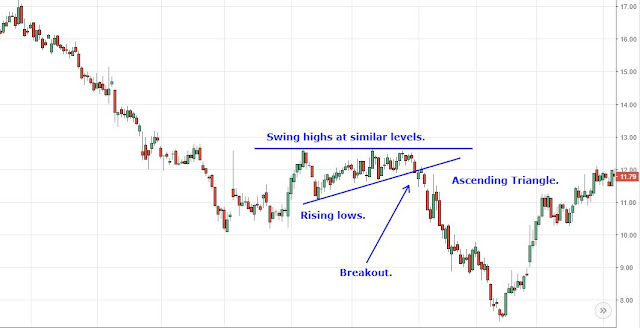 A more visual approach is to draw a line from the start of the formation the top left corner. parallel to the up-sloping trend line. The value of the line the day price breaks out of the formation becomes the target price. The figure shows the new line. Be careful when determining where the formation begins . 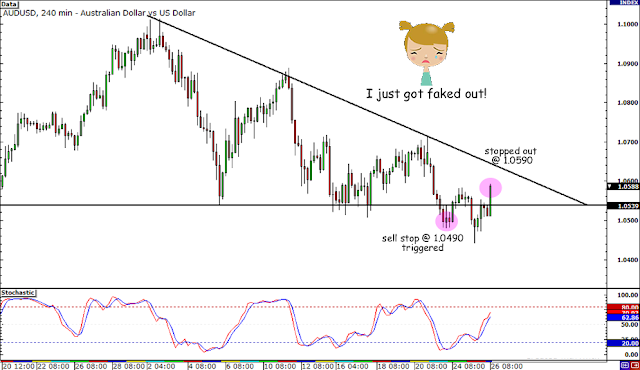 The descending triangle is formed when the market makes lower highs and the same level lows. These patterns are normally seen in a downtrend and viewed as a continuation pattern as the bears gain more and more control running down to the bottom support line of the pattern. While you normally will see this pattern form in a downtrend, if you do see it in an uptrend it should be paid attention to as it can act as a powerful reversal signal. 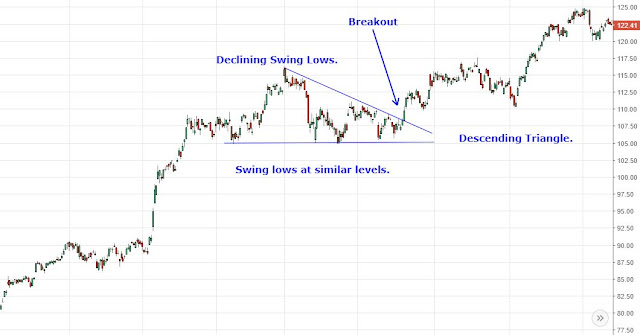