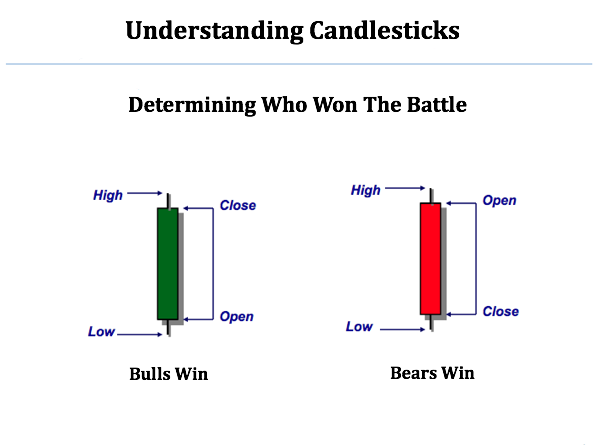 In this chapter we discuss about the history of japanese candlestick

technical analysis evolved. For those who are in a rush to get to the "meat" of the book (that is, the techniques and uses of candlesticks), you can skip this chapter, or return to it after you have completed the rest of the book. It
is an intriguing history.

Among the first and the most famous people in Japan to use past prices to predict future price movements was the legendary Munehisa Homma.

1 He amassed a huge fortune trading in the rice market during the 1700s. Before I discuss Homma, I want to provide an overview of the
economic background in which Homma was able to flourish. The time span of this overview is from the late 1500s to the mid-1700s. During this era Japan went from 60 provinces to a unified country where commerce
blossomed.


From 1500 to 1600, Japan was a country incessantly at war as each of the daimyo (literally "big name" meaning "a feudal lord") sought to wrestle control of neighboring territories. This 100-year span between
1500 and 1600 is referred to as "Sengoku Jidai" or, literally, "Age of Country at War." It was a time of disorder.
By the early 1600s,  three extraordinary generals—Nobunaga Oda,Hideyoshi Toyotomi, and leyasu Tokugawa—had unified Japan over a 40-year period.


Their prowess and achievements are                celebrated in Japanese history and                    folklore. Thereis a Japanese saying: "Nobunaga piled the rice, Hideyoshi kneaded the dough, and Tokugawa ate the cake." In other words, all three generals contributed to Japan's unification but Tokugawa, the last of these great generals, became the shogun whose family ruled Japan from 1615 to 1867.
This era is referred to as the Tokugawa Shogunate.The military conditions that suffused Japan for centuries became an
integral part of candlestick terminology.
And, if you think about it, trading requires many of the same skills needed to win a battle. Such skills include strategy, psychology, competition, strategic withdrawals, and yes, even luck. So it is not surprising that throughout this book you will come across candlestick terms that are based on battlefield analogies.

There are "night and morning attacks", the "advancing three soldiers pattern", "counter attack lines", the "gravestone", and so on.
The relative stability engendered by the centralized Japanese feudal system lead by Tokugawa offered new opportunities. The agrarian economy grew, but, more importantly, there was expansion and ease in
domestic trade.
By the 17th century, a national market        had evolved to replace the system of local  and isolated markets. This concept of centralized marketplace was to indirectly lead to the development of technical analysis in Japan.


Hideyoshi Toyotomi regarded Osaka as Japan's capital and encouraged its growth as a commercial center. Osaka's easy access to the sea, at a time where land travel was slow, dangerous, and costly, made it national depot for assembling and disbursing supplies. It evolved into Japan's greatest city of commerce and finance.
Its wealth and vast store houses of supplies provided Osaka with the appellation the "Kitchen of Japan." Osaka contributed much to price stability by smoothing out
regional differences in supply.
In Osaka, life was permeated by the
desire for profit (as opposed to other cities in which money making was despised). The social system at that time was composed of four classes. In descending order they were the Soldier, the Farmer, the Artisan, and
the Merchant. It took until the 1700s for merchants to break down the social barrier. Even today the traditional greeting in Osaka is "Mokarimakka" which means, "are you making a profit?".

In Osaka, Yodoya Keian became a war merchant for Hideyoshi (one of the three great military unifiers). Yodoya had extraordinary abilities in transporting, distributing, and setting the price of rice. Yodoya's front
yard became so important that the first rice exchange developed there.
He became very wealthy — as it turned out, too wealthy. In 1705, the Bakufu (the military government led by the Shogun) confiscated his entire fortune on the charge that he was living in luxury not befitting his social rank. The Bakufu was apprehensive about the increasing amount of power acquired by certain merchants. In 1642, certain officials and merchants tried to corner the rice market. The punishment was severe their children were executed, the merchants were exiled, and their wealth was confiscated.

The rice market that originally                           developed in Yodoya's yard was                  institutionalized when the Dojima Rice            Exchange was set up in the late 1600s
in Osaka. The merchants at the Exchange  graded the rice and bargainedto set its price. Up until 1710, the Exchange dealt in actual rice.
After 1710, the Rice Exchange began to issue and accept rice warehouse receipts. These warehouse receipts were called rice coupons. These rice receipts became the first futures contracts ever traded.Rice brokerage became the foundation of Osaka's prosperity. There
were more than 1,300 rice dealers.
Since there was no currency standard (the prior attempts at hard currency failed due to the debasing of the coins), rice became the defacto medium of exchange. A daimyo needing money would send his surplus rice to Osaka where it would be placed in a warehouse in his name. He would be given a coupon as a receipt for this rice.
He could sell this rice coupon whenever he pleased. Given the financial problems of many daimyos, they would also often sell rice
coupons against their next rice tax delivery (taxes to the daimyo were paid in rice—usually 40% to 60% of the rice farmer's crop). Sometimes the rice crop of several years hence was mortgaged.

The Dojima Rice Exchange, where these coupons traded, became the world's first futures exchange. Rice coupons were also called "empty rice" coupons (that is, rice that was not in physical possession). To give
you an idea of the popularity of rice futures trading, consider this: In 1749, there were a total of 110,000 bales (rice used to trade in bales) of empty-rice coupons traded in Osaka. Yet, throughout all of Japan there
were only 30,000 bales of rice.


2.Into this background steps Homma, called "god of the markets.""Munehisa Homma was born in 1724 into a wealthy family. The Homma family was considered so wealthy that there was a saying at that time, "I will never become a Homma, but I would settle to be a local lord."

When Homma was given control        of his family business in 1750, he began
trading at his local rice exchange in the port city of Sakata. Sakata was a collections and distribution area for rice. Since Homma came from Sakata, you will frequently come across the expression "Sakata's Rules" in Japanese candlestick literature.
These refer to Homma.When Munehisa Homma's father died, Munehisa was placed in
charge of managing the family's assets. This was in spite of the fact that he was the youngest son. (It was usually the eldest son who inherited the power during that era.) This was probably because of Munehisa's
market savvy. With this money, Homma went to Japan's largest rice exchange, the Dojima Rice Exchange in Osaka, and began trading rice futures.


Homma's family had a huge rice farming estate. Their power meant that information about the rice market was usually available to them. In addition, Homma kept records of yearly weather conditions. In order to learn about the psychology of investors, Homma analyzed rice prices going back to the time when the rice exchange was in Yodoya's yard.

Homma also set up his own communications system. At prearranged times he placed men on rooftops to send signals by flags. These men stretched the distance from Osaka to Sakata.


After dominating the Osaka markets, Homma went to trade in the regional exchange at Edo (now called Tokyo). He used his insights to
amass a huge fortune. It was said he had 100 consecutive winning trades.


His prestige was such that there was the following folk song from Edo: "When it is sunny in Sakata (Homma's town), it is cloudy in
Dojima (the Dojima Rice Exchange in Osaka) and rainy at Kuramae (the Kuramae exchange in Edo)." In other words when there is a good rice crop in Sakata, rice prices fall on the Dojima Rice Exchange and collapse
in Edo.
This song reflects the Homma's sway over the rice market. In later years Homma became a financial consultant to the government and was given the honored title of samurai. He died in 1803.Homma's books about the markets (Sakata Senho and Soba Sani No Den)
were said to have been written in the 1700s. His trading principles, as applied to the rice markets, evolved into the candlestick methodology currently used in Japan.
candlestick chart history introduction
Location: United States